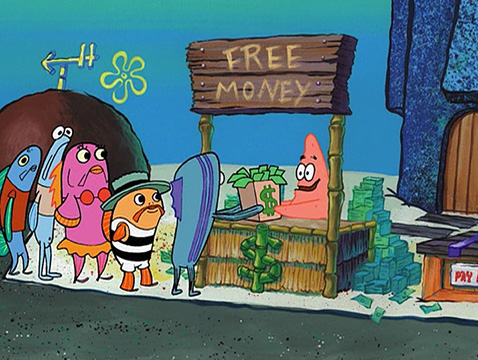 Predatory pricing is basically just charging a really low price. This is controversial, as the infringement is (generally) a benefit of competition. The issue is when a price is lowered to to drive an as efficient competitor out of the market.

The logic is that

Accordingly, competition authorities need to intervene before people go out of business, while also distinguishing between predatory pricing, (fair) price lowering, and undertakings leaving because they can't compete.

There are a few cost concepts to keep in mind when assessing predatory pricing:

Categorisation will depend on the industry. Pricing is suspicious if it's below a measure of cost.

AKZO is a useful case to look at for this. AKZO makes peroxide, this has a few uses including making plastics and bleaching flour. ECS sells it to firms making flour. AKZO supplies 50% of the market with peroxide. AKZO then enters the flour market and charges a very low price for peroxide. That price is selective, rather than uniform, and only sold to ECS' most important customers. AKZO also made direct threats with ECS and told them to leave the market.

To assess abusive pricing, certain costs should be considered

However, Akzo wasn't charging below the AVC. Instead, the court found that, while intent can't be inferred with prices over the AVC, it can be found through other evidence (like evidence of a plan).

Post Danmark is a similar to AKZO. In general, the court will try to look at intent since there's so much variance in industry. In this case, there was selective price cutting for certain firms (i.e., what nailed AKZO) to below the ATC but it didn't really do anything, as the pricing wasn't predatory.

However, Article 102 may apply if there's an anticompetitive effect. In other words, show that the undertaking, if it were able to eliminate competitors, could then raise the prices afterwards without new competitors joining and then losing even more money

There's also the case of France Telecom. France Telecom was a telecom provider, who wanted to start providing high speed internet. Their plans were priced below cost, being subsidised by other profits from other areas of business. Although they were priced below cost, it was the same pricing as their competitors. However, since they had market dominance they were liable for Article 102 violations.

Unfair pricing is the act of charging an excessively high price for goods. A non-dominant firm can more or less charge whatever it wants and discriminate against customers, but dominant firms will run into issues if they do the same.

In competitive markets, high prices aren't necessarily a bad thing in the short term as they signal that other undertakings should enter the market (and drive the price down). Unfair pricing is particularly relevant in markets with high barriers to entry.

The hard part is distinguishing between a short-term phenomenon and pricing that's persistently high. Persistently high prices imply monopolies (natural or otherwise). A common way to deal with this is through subjecting sectors to regulation (ex ante price control).

There aren't actually that many cases about excessive pricing, but it still constitutes an Article 102 violation if an undertaking is in a dominant position.

Unfair pricing is hard to determine, because someone will probably pay for a good no matter how it's priced. One yardstick for excessive pricing comes from United Brands, being "no reasonable relation to the economic value of the product supplied". Another way is to look at the price actually charged vs the hypothetical price in a market with competition.

One possible remedy is a commitment decision from the Commission. This is a promise that an undertaking will behave in a certain way. Deviation from this isn't necessarily an infringement of competition law, but it is an infringement in its own right.

There have been long-running debates on whether giving discounts is considered an abuse. It generally depends on what kind of discount is being offered.

Quantity discounts are based solely on the quantity purchased from the supplier. In Hoffaman-La Roche, the court found this practice to be legitimate if based solely on volume and is available to all purchasers (this was not the case here).

Loyalty (fidelity) discounts come from attaining all or most of the requirements from a certain firm. This is considered an exclusive dealing, and may be considered abusive.

There are also other discounts not based on loyalty.

The leading case on rebates is Intel. They held a 70% market share in an industry with extremely high barriers to entry. Intel offered rebates on the condition that all x86 CPUs were purchased from Intel. This was litigated from 2009 to 2017 (COMP/37990, T-286/09, C-413/14) and ended in Intel being fined over 1 billion euros (the biggest fine at that point).

Whether a rebate is a breach of Article 102 is a matter of object or effect. How likely is it to restrict competition? What is the likelihood of foreclosure?

When considering if this kind of rebate is abusive, there are a few things to consider