How to Publish in a Law Journal 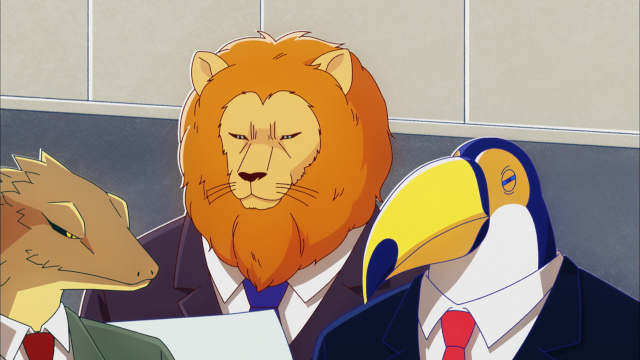 I'm very pleased to say that I was recently published in a pretty good law journal. Now that I have gone through the hell of trying to get published (without spending any money), I may as well put something about it on this site. Consider this a guide on how to get published on a budget.

The first thing you'll want to do is write your article. Journals will usually want something between 20,000 and 30,000 words, but shorter articles are by no means prohibited (mine was ~6,000). After you've written it, it's advisable to have someone look over it. You'd be surprised how eager people are to do this. If there's a professor with an interest in the area you've written about, just shoot them an email (or message on Twitter if you prefer that). There's a decent chance they'll get back to you.

Obviously, don't demand they read your article, but if you ask a question about the general premise and mention it's for an article you're writing, they might give some helpful insight. In my case, the professor was very helpful, and offered to read it. After a few weeks (and a polite reminder) I received some feedback for my article. After some amendments, it was ready to send off. Make sure it's been proof read (text to speech was very helpful in finding errors) because editors will see mistakes as a good enough reason to reject your piece.

Submitting Your Article on the Cheap

Once you've written your article, you'll want to send it to journals. There are two main submission windows: February-April and August-October. For law, it's expected of you to send your article to multiple journals at once. How many journals you submit to will depend on a few factors. As a general rule, you'll want to send it to as many places as possible. I've seen it recommended that you send your article to about 150 journals, and this sounds about right. If you're me, and wrote a comparatively short article, it might be worthwhile to consider sending things to an online journal that prefers short articles. Keep in mind that if you've written a short article, you will likely have less places to submit it to due to length preferences (I only had 40 or so). As for finding the journals to submit to, Washington and Lee puts out a big list that you can sort by topic. You can also compare how often the journals are cited.

I would recommend making a spreadsheet of journals you would consider being published in. Make note of if they accept submissions by Scholastica and email, their rank, and how many citations they get. It's also advisable to have a column to check if you've submitted and if you've been rejected.

It's important to know if a journal accepts email submissions, because you won't have to pay for those. If they don't, you'll probably have to go through Scholastica and they charge $6.50 for every submission, and that adds up very fast. Having done a lot of email submissions, I can see why they charge that much because it's a hell of a lot more convenient. If you have institutional access, you should probably just use it.

If sending off manuscripts by Scholastica would pose a financial hardship (because, for instance, you're a NEET) you can contact Scholastica support and they might throw you some credit. They (very generously) gave me $130 to make 20 journal submissions, which I used to submit to journals that wouldn't accept manuscripts by email. Before you submit a manuscript, make sure it adheres to the journal's style guide. If no style guide is provided, I would recommend making it as readable as possible (12pt font, wide margins, etc.) to give you a slight edge.

This is just conjecture, but I get the feeling that submitting by email might give you a tiny advantage because you can sneak in a short cover letter, and that might be enough to get your article read by the editors, as opposed to sitting at the bottom of the submission pile.

If you're fortunate enough to get an offer, you can either accept it on the spot, or wait a bit to hear back from other journals before the response deadline. I mean, you could also reject it, but if you'd do that you shouldn't have submitted it there in the first place. If you opt to wait to hear from other journals, you can submit an expedite request to them and hopefully get a response. This is easy enough on Scholastica, as you can do it in bulk and just have to provide the journal that offered you a place's name and the response due date. It's a bit more of a pain by email as you have to do it individually.

Sending an expedite request is useful for two reasons. Firstly, it flags your article as one that should be read soon, otherwise the journal won't be able to publish it. Some journals probably won't even read an article without an expedite request. Secondly, it shows that another journal liked it enough to give you an offer, so it can't be that bad.

Some authors have been known to submit fake expedite requests to have their article read. Don't do that. It's just not worth the reputational damage. There are other underhanded tactics some authors employ, but this isn't the place to discuss that.

If you've received an offer and accepted it, you're more or less there. The hard part is out of the way, and all that's left is some slight edits. Fortunately, you will have some editors to help you out along the way (and they'll do most of the work).

You'll be sent a publishing agreement. Give it a read and make sure the terms are agreeable. Maintaining copyright of your article is usually a given, but double check that you're not handing it over (unless you're cool with that).

After a while, the journal will get back to you with an edited version of your manuscript. Hopefully it'll read a little better than the version you submitted. They may ask for changes to be made by a certain date, so make sure you do that. Be sure to give it another proof read incase something slipped through.

At this point, you might re-read the manuscript and think "my God, how on earth did this get accepted?" Try to suppress to urges to withdraw the article out of embarrassment, however tempting it may be. Just remember, there are tenured professors publishing absolute garbage based on conjecture with little-to-no legal analysis, and what you've written is probably fine on account of getting an offer without a flashy letterhead.

Many, many months later, you'll have forgotten you even wrote an article and be be notified that it has since been published. Good job. You should probably put it on SSRN or something.