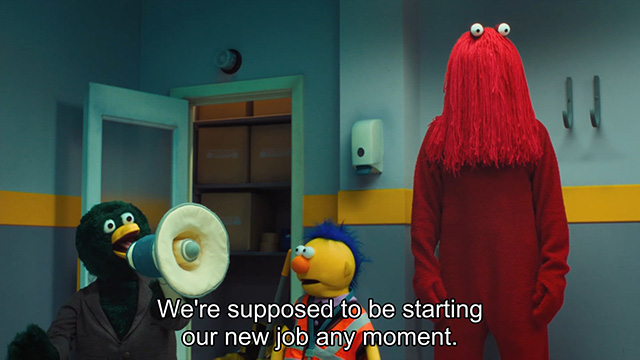 After finishing my Master's degree in June I didn't really have anything to do. My PhD application was rejected (although I was interviewed), and I wasn't hired for a position that was recruited for through my degree. Oh well. I spent another month in Cambridge to make the most of it, and it was fun hanging out with the boat club. After that I returned home in July and didn't really have a reason to leave the house until a few weeks ago.

Finding work was actually quite difficult. "Legal researcher" isn't exactly an in-demand position, and jobs with transferrable skills are few and far between. I applied for basically every job that sounded like something I could do. Almost all of these were in London (that's an expensive, 90+ minute commute) because that's where all the jobs in this country are, but I could do most of them remotely and get that slightly higher London wage.

I was mostly met with rejection (or silence), but was told I was the second choice for this shady crypto ad company role. It paid very well, but I don't know if I wanted to put my name on the articles I'd be writing. Could come back to bite me as an academic, you know? There was also a research assistant role looking at AI policy that I really wanted. It paid slightly more and was a much shorter commute, but it would also look really good on a resume. I was feeling cautiously optimistic about it, but I didn't get an interview.

I did notice they were also recruiting for a part-time role, and sent off an application using the same things I'd uploaded for the other job about an hour before they stopped recruiting. I wasn't expecting much, but I ended up interviewing for it, thought I did horribly, but received an offer about a week later. I'm pretty sure I was the only law guy who interviewed for it (which helped, given the research project) but mentioning this website seemed to have helped a lot, too.

I've not been assigned any tasks yet (just attending meetings and doing background reading so far) but it seems like an interesting project that will (hopefully) have a positive impact on the judicial system. The office is nice and if I lived closer I'd probably come in more often. They stock my favourite drink and there are Herman Miller chairs as far as the eye can see; I can understand the hype now. My work laptop is crazy expensive (and handily outperforms my desktop, even though I'm only using it to read .pdfs). I'm very afraid of breaking it.

I guess this is the pay-off to the last few years of work. The last couple of months weren't so hot, but I'm feeling good about the future. Only working 10 hours a week is pretty good, too.