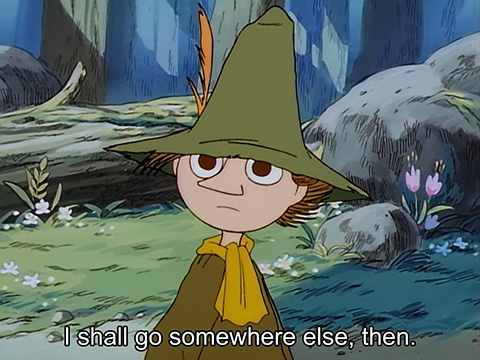 Collusion is a precondition for Article 101. It can take the form of agreements, decisions, and concerted practice. There's no need to distinguish between them (insofar as there aren't consequences for it being a different kind of collusion). While they're distinct, they're unified in that they're not unilateral activities. Per T-41/96 Bayer AG, "the prohibition thus proclaimed concerns exclusively conduct that is coordinated bilaterally or multilaterally."

There are two distinct issues:

It follows that the concept of an agreement within the meaning of Article 85(1) of the Treaty, as interpreted by the case-law, centres around the existence of a concurrence of wills between at least two parties, the form in which it is manifested being unimportant so long as it constitutes the faithful expression of the parties' intention.

How this is evidenced is largely unimportant, but there are certain things to look out for.

In order for there to be an agreement within the meaning of Article [101(1)] of the Treaty it is sufficient that the undertakings in question should have expressed their joint intention to conduct themselves on the market in a specific way The proof of an agreement between undertakings within the meaning of Article 85(1) of the Treaty must be founded upon the direct or indirect finding of the existence of the subjective element that characterises the very concept of an agreement, that is to say a concurrence of wills between economic operators

In other words, showing an agreement to do something anti-competitive is proof of collusion. Agreement isn't necessarily a contract, and it doesn't have the same meaning as in contract.

In ‌Heintz Van Landewyck Sarl and Others v Commission (Fedetab), lawyers drafted a cartel agreement, the parties agreed to it but they didn't sign it, so it wasn't a contract. Unsurprisingly, this was still considered an agreement. The court held that

the recommendation is a faithful expression of the applicants' intention to conduct themselves on the Belgian cigarette market in conformity with the terms of the recommendation. The necessary conditions for the application of article [101(1)] are therefore satisfied

Evidence can be written (such as a copy of the agreement or emails) or parol (oral evidence, usually whistleblowers). Inferences can be drawn from other conduct, but it's less strong as evidence and harder to prove.

In Case T-305/94 et seq Limburgse Vinyl Maatschappij v Commission, the Commission conducted unannounced inspections at the premises of 14 PVC producers. Following the inspections, the Commission issued a decision finding that the producers took part in regular meetings in order to restrict competition and fined them a total of €19,200,200.

This was appealed on the grounds that neither the existence of an agreement, nor their participation in it has been proven.

The commission's case relied on two documents found on the premises of ICI.

The court found this to constitute evidence of an agreement. As for evidence of meetings, Shell just admitted to participating in them. BSAF detailed what happened in the meetings and listed undertakings that regularly or occasionally showed up to them.

The court held that

An undertaking may be held responsible for an overall cartel even though it is shown to have participated directly only in one or some of its constituent elements if it is shown that it knew, or must have known, that the collusion in which it participated, especially by means of regular meetings organised over several years, was part of an overall plan intended to distort competition and that the overall plan included all the constituent elements of the cartel.

In other words, just showing up to meetings is taken as an agreement.

In Case T-303/02 Westfalen Gassen Nederland v Commission, the Commission conducted unannounced inspections at the premises of 7 medical gas producers. The Commission later issued a decision finding that the producers took part in regular meetings in order to restrict competition. The cartel was fined a total of €25,720,000.

Westfalen appealed their fine of €430,000 on the grounds that it had not participated in any agreement and/or concerted practice, and, at the two meetings it attended, it had refused to participate in price fixing.

In spite of that, the court held that

If the applicant had in fact wanted to disassociate itself from the collusive discussions, it could easily have written to its competitors and to the secretary of the VFIG after the meeting of 14 October 1994 to say that it did not in any way want to be considered to be a member of the cartel or to participate in meetings of a professional association which served as a cover for unlawful concerted actions

In other words, an undertaking has to publicly distance itself and say it doesn't want to be in the cartel (e.g., writing to the other members).

This occurs when one party agrees to supply goods to another. Since there's nothing weird about this, anticompetitive terms usually have to be implied.

Per Bayer, an offer to participate is inferred from conduct if the success of the offeror's scheme requires "the express or implied participation of another undertaking [firm]."

In Bayer, the purchaser was unable to export their pharmaceuticals, because they were only being supplied the amount they needed to have per statutory regulations (and had none left over to export). That is to say, if an orderer exports their goods and, as a result, stops being supplied by the supplier, then an implied term would be not to export the goods.

Per C-277/87 Sandoz, acceptance is inferred through compliance with terms.

A concerted practice is a coordination that fall short of being an agreement but also isn't a coincidence. ‌ICI v Commission defines it as "The knowing substitution of practical cooperation between them for the risks of competition." In other words, it's acting in a certain way because you have information you shouldn't (as opposed to acting due to market forces). Per Anic, once you have this information, you cannot fail to be influenced by it.

ICI v Commission concerned some dye manufacturers. The price of a dye increased simultaneously across the cartel, and it went up by (more or less) the same amount. In decided if there is collusion, it's helpful to consider how likely it is for collusion to be successful, by asking a few questions:

Equally, if the answer is yes, could these actions be explained by something that isn't collusion? Collusion can be surmised from:

C89/56 Wood Pulp II is a good example of something that looked like collusion but wasn't. This is prevalent in oligopolistic markets (markets with only a few players). The Commission started investigating the manufacturers of (you guessed it) wood pulp because prices were high, profits were high, and everyone was moving in parallel.

Every quarter, wood pulp producers would announce their prices. This is considered cheap talk, as they don't have to commit to them. If their price is too high to compete, they could just lower it later. Equally, by announcing that prices are going up, competitors can also increase theirs.

The defendants contended that the Commission just didn't get the market. There were only a few competitors with lots of commonalities, and there's natural transparency because the market is vertically integrated (almost no one wants to buy wood pulp, but lots of people want to buy paper). Customers also needed to know the price in advance, and at that point they were basically locked in.

Although there was parallel behaviour, it could also be adequately explained by the market. The Commission needs to (somehow) distinguish between competitive and anti-competitive behaviour.

any direct or indirect contact between such operators, the object or effect whereof is either to influence the conduct on the market of an actual or potential competitor or to disclose to such a competitor the course of conduct which they themselves have decided to adopt or contemplate adopting on the market, where the object or effect of such contact is to create conditions of competition which do not correspond to the normal conditions of the market in question, regard being had to the nature of the products or services offered, the size and number of the undertakings and the volume of the said market In other words, does receiving the information prevent someone from acting independently in the market?

From the Commission's guidelines on horizontal cooperation, there are a few things to consider about the information:

As for chains of information, Del Monte suggests that where A gives information to B, and B gives it to C, everyone ends up implicated in the cartel. The (UK) case of ‌Tesco v OFT explains this in slightly more words