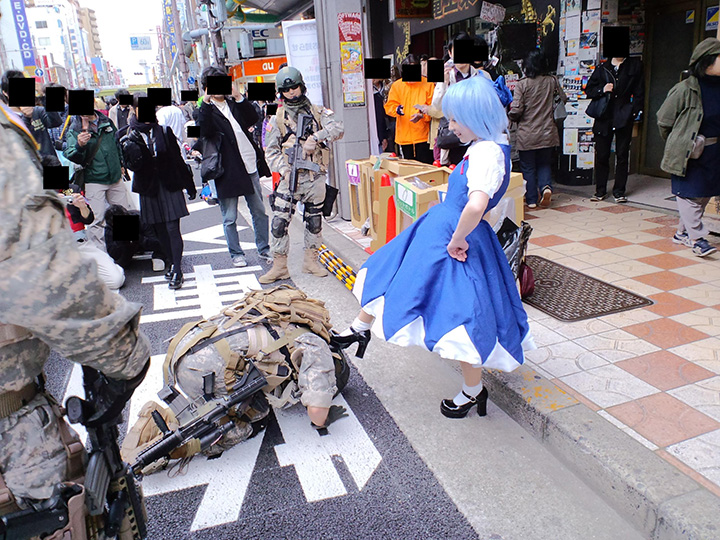 C-219/95 Ferriere Nord SpA v Commission, held this can be evidenced either by object or effect. It is generally preferable to evidence with object, as that doesn't require a confusing (and expensive) economic analysis.

it is necessary to analyse the effects of a[n agreement] ... on the opportunities of national competitors or those from other Member States, to gain access to the market ... or to increase their market share and, accordingly, the effects on the range of products offered to consumers In making that analysis, the relevant market must first be determined

There are a few things to ascertain when determining a market:

The banana has certain characteristics, appearance, taste, softness, seedlessness, easy handling, a constant level of production which enable it to satisfy the constant needs of an important section of the population consisting of the very young, the old and the sick

Market power is the ability to raise prices above a competitive level, without losing sales to the point of unprofitability from lost sales.

In Market Power in Antitrust Cases, Posner and Landes note:

‘[t]he standard method of proving market power ... involves first defining a relevant market in which to compute the defendant's market share, next computing that share, and then deciding whether it is large enough to support an inference of the required degree of market power

In assessing market power, it's also worth considering possible barriers to entry (the ability to and the speed at which new firms can enter the market). There are two schools of thought for this.

These barriers can be structural (like landing slots at airports, or economies of scale) or strategic (efforts by incumbents to keep potential competitors out of the marketplace, like advertising or vertical integration)

Per the Commissions Horizontal Cooperation Guidelines, agreements with an objective to restrict competition are (always) presumed to have negative market effects. Where the effect of an agreement is the restriction of competition, there is no presumption of anti-competitive effects (the Commission has to prove this with economic analysis).

C-209/07 The Competition Authority v BIDS and Barry Brothers concerned the Irish Beef industry. Producers slaughter cattle, they send it to processors to process it, but there are way too many processors. Because of this, a de-seasonalisation payment was introduced to help smooth out demand. Processors that left the market would be compensated by those staying in it, but were not allowed to compete for two years and had restrictions placed on equipment for five years.

is such arrangement to be regarded as having as its object, as distinct from effect, the prevention, restriction or distortion of competition within the common market and therefore, incompatible with Article [101(1)] of the Treaty establishing the European Community?

Ultimately, the court held it was necessary to take context into account, and that if a situation is complex enough its best not to rely on legal presumptions.

On the basis of the presumption, the Advocate General's opinion notes:

As for the nature of the presumption, the court in Consten and Grundig v Commission held:

for the purpose of applying Article [101(1) TFEU], there is no need to take account of the concrete effects of an agreement once it appears that it has as its object the prevention, restriction or distortion of competition

In BIDS and Barry Brothers, the court held the de-seasonalisation agreement was anti-competitive in purpose as

even supposing it to be established that the parties to an agreement acted without any subjective intention of restricting competition, but with the object of remedying the effects of a crisis in their sector, such considerations are irrelevant for the purposes of applying that provision

Put differently, although the agreement may not have intended to be anti-competitive, it was by virtue of intending to encourage competitors to leave the market.

However, it's worth noting that in Case 5/69 Völk v. Vervaecke, the court held that "an agreement falls outside the prohibition in Article [101] when it has only an insignificant effect on the markets, taking into account the weak position which the persons concerned have on the market of the product in question"

The provisions in Article 101(1) may not apply in certain (limited) circumstances outlined in 101(3). In order to do that, a practice must

contribute[] to improving the production or distribution of goods or to promoting technical or economic progress, while allowing consumers a fair share of the resulting benefit, and which does not: (a) impose on the undertakings concerned restrictions which are not indispensable to the attainment of these objectives; (b) afford such undertakings the possibility of eliminating competition in respect of a substantial part of the products in question.

101(3) had something of a troubled history. Regulation 17/62 provided that only the commission was able to apply it, so you need to get permission from them. This approach was often described as 'trawling for minnows'. It captured a lot of mostly harmless infringements that the Commission just let proceed anyway, and actual cartels wouldn't notify the Commission because it would implicate them. As a result of the regulation, the Commission got about 40,000 applications for 101(3) exemptions, but could only process about 20 in a year.

Because the Commission was inundated with notifications, the EU changed to a system of 'block exemptions', which atomically granted 101(3) protections without the need for notification if a certain criteria was met. This was Regulation 19/65 for vertical agreements and 2821/71 for horizontal agreements.

The vertical block exemptions have been changed a few times, with the latest iteration in June 2022. Truly, this site is on the bleeding edge.

Regulation 1/2003 removed the Commission's exclusive jurisdiction over 101(3) (so national courts and competition authorities can use it), and changed it to a self-assessment regime. Despite this, courts almost never find 101(3) exceptions to be applicable.

For reasons that are completely beyond my comprehension (and this may well be conjecture based on misunderstanding the law), 101(3) provisions seem to have somehow worked their way into 101(1) analysis, and 101(3) jurisprudence would suggest factors not written in 101(3) (like employment (Case 26/76 Metro), environmental factors (22nd Report of Competition policy), and sustainability) can be considered as part of a 101(3) analysis. This makes very little sense to me.